All Collections
Manage Contacts
About Unsubscribes

Written by Eva Kriegel
Updated over a week ago

When a subscriber in your lists opts out of future email marketing, it's called an unsubscribe. Automizy ensures that subscriber initiated unsubscribe process complies with every corresponding law.

Note: An unsubscribed contact can always be resubscribed if they were removed by mistake or choose to receive your content again.

How can subscribers unsubscribe?

There are two ways to unsubscribe subscribers.

What happens when someone unsubscribes?

Unsubscribed users'll get "unsubscribed" status in the given lists, so further newsletters won't be sent to them.

You can double check by navigating to he subscriber’s profile and see on which lists they are currently active.

Every email campaign sent through Automizy is required by law to include an unsubscribe link. Every Automizy template include this merge tag by default, but you can use the following merge tag in case of HTML campaign uploading:

This will automatically generate the link for you.

When a subscriber clicks on unsubscribe link in your email campaign, they will see your unsubscribe confirmation pege.
Read more about how to customize your unsubsrcibe page here.
This page assures people that they've opted out, and gives them the opportunity to tell you why.

If a subscriber ask for unsubscribtion in an other source, you can do it for them manually. 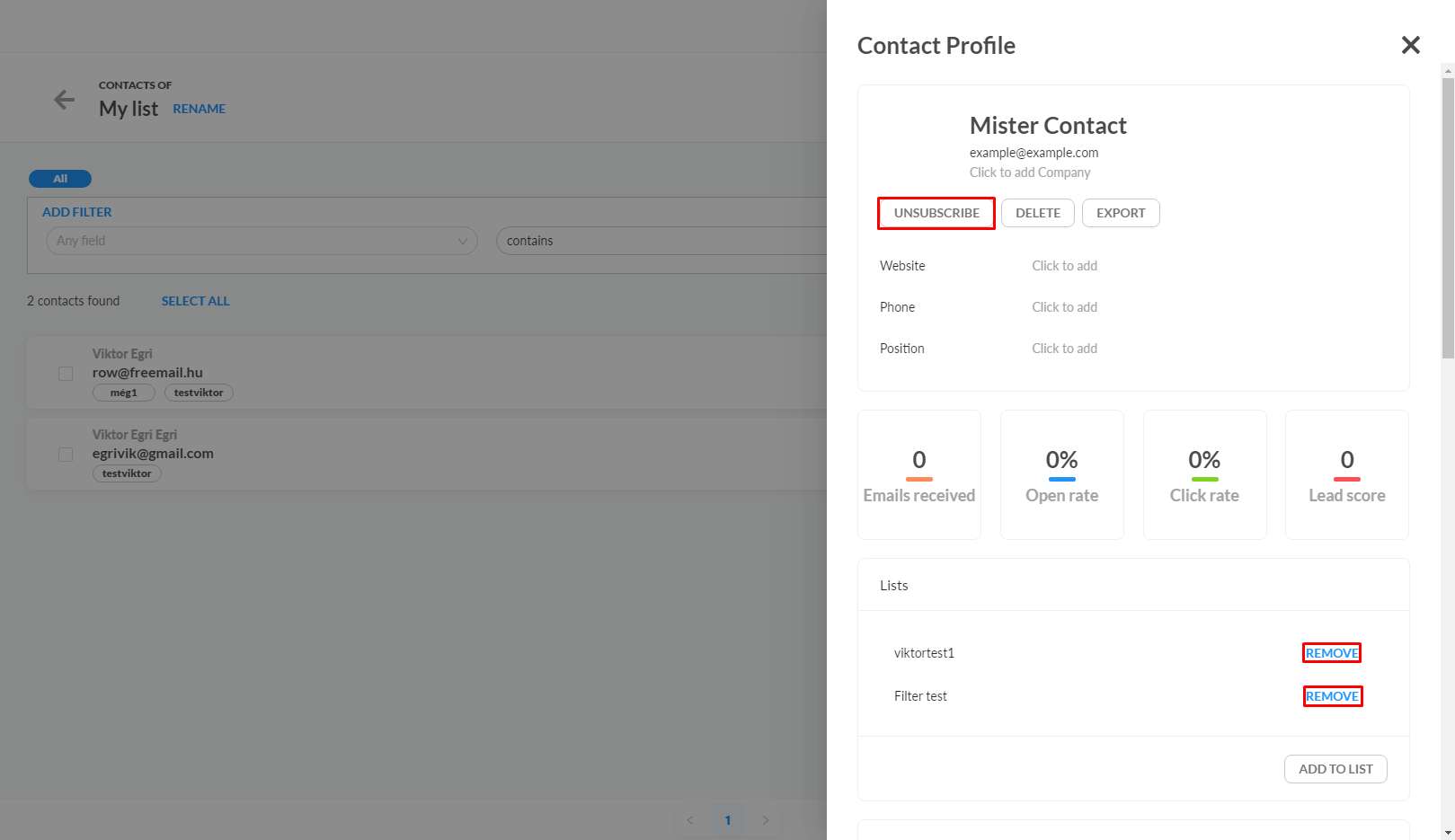 Shall I delete my unsubscribed contacts from my database?

When you delete contacts, you're also deleting all past statistics and status associated with those contacts.

But staus is specially important for privacy compliance.
Let' suppose you delete your contact who has "unsubscribed" status.
Later you upload a CSV and his email address is listed on that CSV as well.
After the upload process he will get "active" status and ready to receive your emails.

If you had not deleted him before, he would have kept his "unsubscribed" status.

In Automizy, we count only the active contacts in your database, so do not recommend to delete unsubscribed, or even bounced contacts from your lists.

Did this answer your question?